There's a new Hollywood surf movie coming out April 8th, called "Soul Surfer," about the life of Bethany Hamilton. She was the 13 (now 21) year old girl who was attacked by a shark while surfing on Kauai in 2003, losing her entire left arm.
I hadn't paid too much attention to the news story at the time it happened. I was living here in Utah, far away from Hawaii and the surfing scene. But I remember being shocked about the way it happened, because it was such a beautiful, crystal-clear morning, and the shark just came out of nowhere.
I can remember so many times waking up early, as a young girl, before the sun had risen, to catch those crystal clear waves, just like her. You never thought in your head, "A shark might come bite my arm off." But...It happens, and it happened to the little Bethany Hamilton. 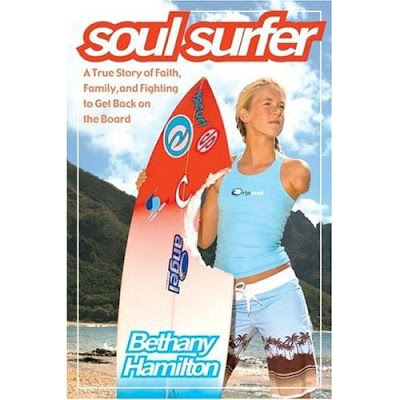 When I heard this movie was coming out I decided to go check out her book at the library, and read about it, first. The book is also called, "Soul Surfer," and it is actually a really inspiring book! At first I was intrigued by the shark attack, and had fun reading about her life surfing and growing up in Hawaii, but most importantly, I walked away super inspired by her faith in God and Jesus Christ.

Bethany Hamilton is a Christian and believes that this shark attack, which was really traumatic and hard, actually opened up a window for her to teach others about Christ. How awesome is that!
She has taken this opportunity to be a missionary, and to be an example of hope and faith that God has a plan for us, even when life doesn't go the way we expect it to. She has helped so many people to have hope during hard things in their lives, especially youth who have undergone serious accidents and problems they didn't feel they could overcome.
After Bethany's shark attack and loss of one arm, she still went on to become a professional, champion surfer. Now that's hardcore! 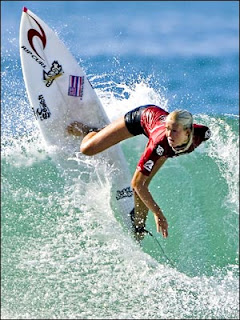 I loved reading this book, and I loved that her optimistic attitude allowed her to use this accident as a way to serve others and God. Can't wait for the movie to come out.
I hope it conveys the same positive message as the book.

(And when I say book, I'm talking hardback, thick font, double spacing, with pictures, written by a 14 year old. It's an easy one, and I read it in 2 hours. Go check it out!)
Posted by Sally Jackson at 2:42 PM