Of Pirates and Puppets

When we found my Dad at his hotel he was dressed like a pirate.
He had been waiting there for us to pick him up, fully unashamed that no one else around him was dressed like pirates. And that's what I love about my Dad. 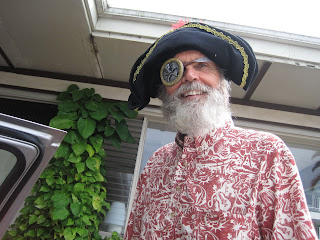 He then gave the boys a homemade pirate treasure map, where they had to search for the hidden booty in front of his tiny, hotel lobby. 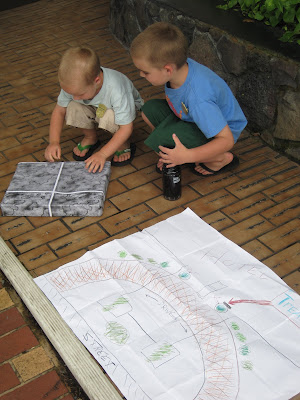 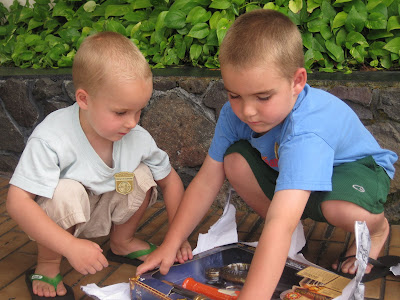 And more pirates were made.
Aaaargh. 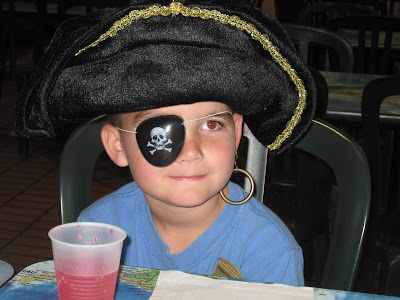 We made a puppet theatre out of a large cardboard box. It was so simple, and so fun! We just a cut a square hole in the front, and a door in the back. The boys painted it with some old, house paints we found around here.
They named it "The Spots and Stripes Puppet Theatre." 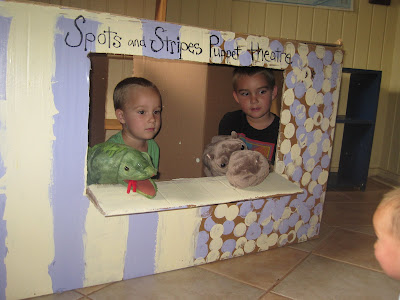 It really warms my heart to see these kids use their imaginations to create works of art for themselves. There is never a dull moment when you have a box, some paints, and a few awesome puppets! Thanks again Dad for providing the puppets, and for being a pirate that gives treasures instead of stealing them. 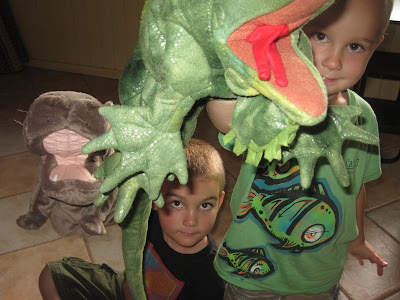 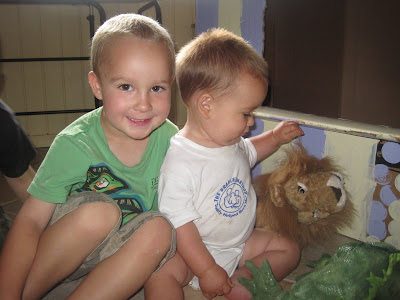 Posted by Sally Jackson at 4:47 PM

Hahah When you mentioned "coconuts" I immediately thought of the time your mom drove into a ditch because something flew out of the sky and cracked her windshield. Scary and funny at the same time.(that was your mom right? Could've been you) Oh and crab catching? I DON'T think so. You were terrified of crabbies. You must have been talking about me when you mentioned that:) oh Sally.. the memories! i LOVE you!

shoot i wrote this under the wrong post...DELETE! I love your dad. He is hilarious! YOUR whole family is. Say "hi" to pirate Bill!

Awww, I miss my Ashweeee! That was definitely my Mom that crashed into the ditch. That was nuts, like flying coconuts! I totally don't remember the story of something flying out of the sky, but I'm not saying it didn't happen! ha ha
And yes, I hated crabbies. Still do. In fact we found a HUGE one the other day and I made the loudest noise on the beach!