Last week Tuesday my husband convinced me to drop what I was doing and go do something just.for.me.
He could see the tired rings around my eyes, the drooping face, and that look that says, "If I don't get some time to myself right now I might fly to China or join the circus, or both."(Chinese circus performers are pretty amazing, actually) 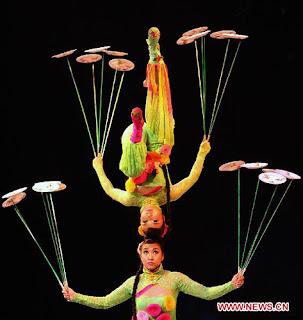 So I got in the car and headed towards the surf.
Afterall, I am a surfer.

Well, I used to be a surfer.

I was nervous driving to the beach. I've only surfed twice since we moved here, and both times the waves were gentle and small, just a friendly frolic in the sea.
Driving to the beach today, I knew the waves would be much bigger. I tried to convince myself (for a second) that I should take this time to go shopping instead, but I knew I needed to get in the water. I knew I needed to recharge in the ocean and I could feel it deep down in my soul.

So I gave myself a pep-talk on the way to the beach to help ease my nerves, which went something like this:

"You can do this! You may have been living in the desert for a while, but surfing is in your veins. You KNOW what to do. You know how to paddle,and duck dive, and drop in, and ride. You know how to surf, and you can!"

When I pulled up to the surf spot it was crowded with lines of cars and spectators, all checking the waves below. I found a parking spot overlooking the surf, where I could sit and decide if I really wanted to paddle out or not. 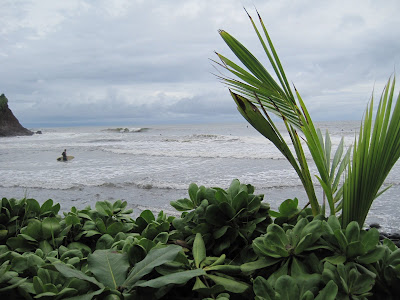 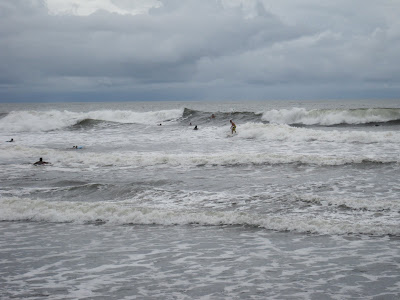 It was bigger than I thought it would be, with waves rolling thru at two separate spots. The waves were "overhead", meaning the top of the wave was higher than the top of my head, about 6-8 feet overall. I looked towards the shoreline to see a group of young kids riding the "white wash", which is what's leftover from the larger waves once they've crashed and decreased in size and energy.
I learned how to surf in the whitewash when I was a young kid, but as an adult and more experienced surfer, I scoffed at the whitewash. "Ha!" I thought, "You won't catch ME riding the white wash, I can surf better waves than that!"

My pep-talk in the car must've really worked because I decided, with confidence, that I was ready to paddle out into the bigger surf!
So I grabbed my longboard, put my leash around my ankle, and glided onto my belly, straight out towards the crashing waves. That old familiar feeling came over me, of anticipation and excitement of what was ahead. I was pumped and ready to take on these waves; to show the world this Mama was back! This mama was surfing! 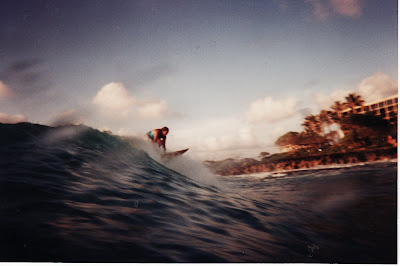 (Okay so this is an old picture but I needed something here!)

Well, the waves were strong, and my muscles were weak! The crashing surf was pushing me across the beach and onto shore faster than I could paddle. I also forgot I couldn't duck dive very easily with a nine foot longboard! Wave after wave was crashing over me, beating me down to the bottom, and twirling me in circles. By the time I paddled into position to catch one wave, my muscles were burning so bad that I just sat there, breathing heavily, until the wave passed over me. Every direction I turned there were giant sea turtles, floating effortlessly with the surf. I think they were catching more waves than me!

I let the white wash toss me and turn me as I paddled constantly against the rushing current. I finally got into position where I could paddle for a wave, and actually caught it! I was exhausted from all the paddling, but I paddled hard, dropped in, and that was it! The wave of the day! I rode this baby all the way across the shoreline, feeling the rush in my stomach and the freedom in my soul! I let out a big
"Woooooo-hooo!" My smile felt as big as my nine foot longboard. I was having so much fun!

Then...... I admitted to myself that I had never really left the whitewash and all the little kids were staring at me with smirks on their faces.

But, I'm so glad I got in the ocean that day. Yes, I used to be a surfer, and I am slowly working my way back there again. But, the difference between the young surfer Sally and the mama surfer Sally, is that I am just as happy being tossed around in the sea as I am catching perfect surf.
Recharging my soul, and feeling the energy of the waves all around me, is all I really need right now. 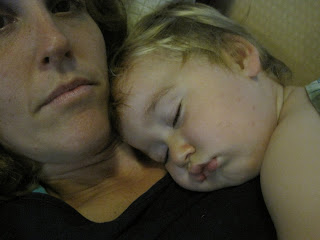 I like the mama surfer Sally in you! You have a deep love and appreciation for life and all life that surronds you. Love our Hawaii roots:)

Awww, thanks Nita! I think the Mama in us is a little more tolerant and understanding, even of the waves.

So true! I'm just happy to get wet... catching waves and not feeling lame out there is nice too :) I'm always on such a high when I get home and the babies run to great me and ask all about it. We're lucky mama's.

Oh Sally I loved this post! I think the best part of being our mama selves instead of our younger, more proficient selves, is that we are more centered and less worried about the snickering youth beside us. I wouldn't go back to being younger for anything, even if it did mean I could choose how to spend my time.