Five weeks ago I decided to start a kickball team for any interested homeschoolers in the area. It's been going awesome! Each week we have about 15-20 kids show up all smiling and enthusiastic, and ready to play ball! It's been a great opportunity to get our kids together to form friendships, learn teamwork, and master some new coordination skills. It's also been a great opportunity for me to meet new people and make new friends. I really love our kickball days, and look forward to many more in the future! 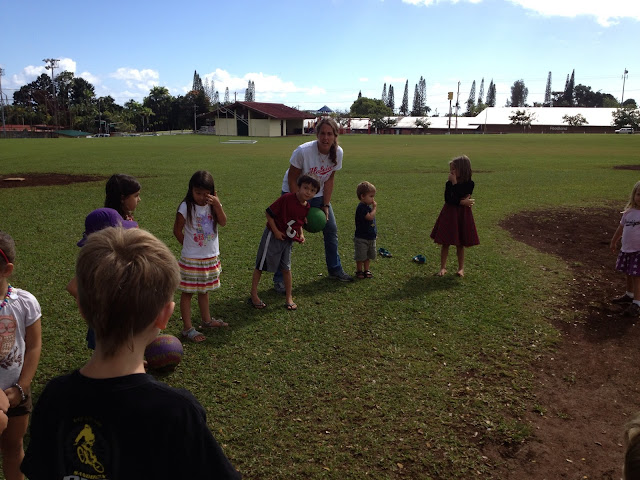 Starting a kickball game-day seems like a simple thing to do, but there's actually a bigger story behind it.... as most things are with me.
The inspiration for kickball came to me one day after we had played a few kickball games at our church with our ward missionaries. The missionaries started up a kickball game twice a week for any interested primary children and their friends. We went several times, and my boys had so much fun, but unfortunately the fun didn't last forever! We soon got new missionaries, and the boys decided they didn't want to play kickball with different missionaries, so they chose not to go to kickball anymore. (talk about getting attached to missionaries!)
So, what do I do? Well, first I worry because I'm me, and worrying helps me find solutions to my problems. I mean, I really liked watching my kids play kickball! I've been trying for ages to find something social and active that they would like to do, and kickball was sticking. Not karate, not soccer, not capoeira, but kickball!
I wasn't ready to say goodbye to it, yet.
So, I worried for a few days until I realized that we could start our own kickball game, and invite our homeschool friends to come. *Lightbulb*

My second inspiration came from watching my 6 year old come out of his shy, socially-uncomfortable  shell, and do something he was too scared to do. The first day we played kickball with the missionaries he was too shy to play, but after a while he got brave and decided to try it. The look of pride and accomplishment on his face as he hopped over those bases is something I will never forget! Watching him find the confidence within himself to overcome his anxiety was a huge reminder to me to keep challenging him, even when he says "NO, I can't do that, or, NO, I don't want to do that." Sometimes I really have to trust myself to lead him somewhere that he doesn't want to go, and know that he'll overcome his inhibitions about it. It's hard to explain, but I am learning to read him, and learning to offer him the challenges he needs to grow.

The biggest example of this, as of lately, is us starting this kickball team for homeschoolers. He whined and complained about it for weeks, telling me he hated it, and it wasn't fun, and he didn't want to do it. There were a lot of new faces and kids he didn't know very well, so I understood that it was a new, scary experience for someone like him. Yet, we kept going week after week, and every week I would get out there and play with all the other kids while he sat on the sidelines (often with a scowl on his face). It was tough, but I chose to ignore the complaints, and kept on playing. Then, on our fifth week of kickball, as I was out standing on the pitchers mound, getting ready to roll the ball to a kid, I felt this little tug on my shirt. I looked over to see Zadok standing behind me whispering softly,"Well, I guess I could maybe try being the pitcher today."
Whoa. I tried not to act surprised.
"Sure kiddo," I passed him the ball, "It's all yours." I shouted to everyone to get ready to play and tried hard not to cry tears of joy as I watched him roll the ball, then roll the ball again, and again, until he had played kickball for an hour and more.
The next week he wanted to be the pitcher again, so I let him, until another kid asked to be the pitcher, too. Then he decided that maybe he could try kicking the ball. *Breakthrough*
And last but certainly not least, he was smiling, and having fun doing it. 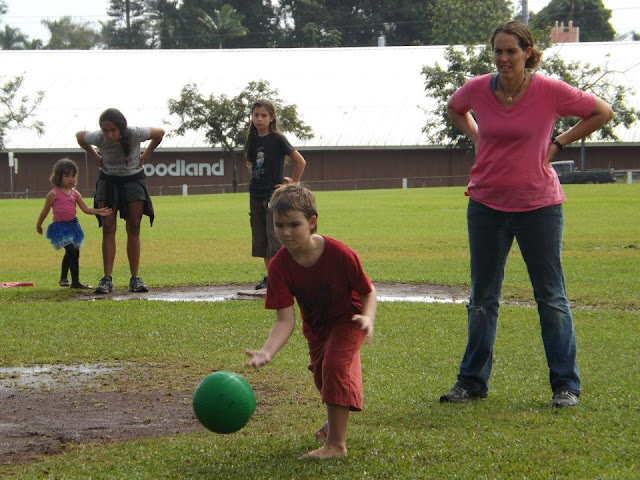 To any passerby they would see a 6 yr old kid playing kickball, but to me it is much, much more than that. It is a revelation in how I need to challenge him to do these things, even when it doesn't seem humanly possible; to keep being mindful and aware of his needs, and to listen closely to the promptings of inspiration I feel towards them. My boy is wonderful, and intelligent, and funny, and also one of the most challenging personalities I know. I am so grateful that I can offer him chances to overcome the things he struggles with, even if it's just a game of kickball. (Which he loves to play, by the way!) 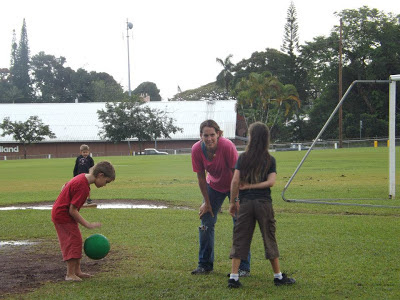 Posted by Sally Jackson at 5:56 PM

Oh Sally, your community is blessed to have you. You're doing good things there. I enjoyed hearing the success of your son. Remind me of a time when my timid daughter did something she was afraid to do. I lost it, bawled like a baby. Those are some of the pure joys of motherhood. I'm sure Heavenly Father feels the same way when we overcome our own challenges. Sending you virtual love from the East coast:)

Beautiful post! Who knew kickball could do so much, eh? I bet he's going to grow into a very well-adjusted socially-comfortable adult, and it's going to be thanks to a mother who patiently helped him get there.

Thanks so much to both of you for your genuinely kind and wonderful comments! I had a little breakdown in RS today and cried about how challenging my child is. I got the same response--someday he will thank me for all my love and patience. xoxox I sure hope so.