Behind our Baby Names

I felt this morning like I should write down the stories behind naming our first 3 babies.

Zadok Joshua Tree
Zadok was named after a man named Zadok Pine, a small-town hero in the 19th century during the Great Depression. One evening when I was 7 months pregnant,  Micah and I were sitting beneath the stars around a campfire at Joshua Tree National Park. It was a beautiful, romantic evening relaxing together, watching the glow of the fire dance off  the boulders surrounding our camp. Micah pulled out this story from his RedCliff packet, (the school packet they give the kids to work on at the Wilderness Therapy place he previously worked at), and read it to me. It had left a strong impression on him and he wanted to share it that night under the stars.  This particular story was about Zadok Pine, a man who led out as an example to others who were fighting against oppression from the Union. The exact story itself I don't remember very well, but what I do remember is how powerfully this name Zadok stuck with me. I couldn't stop thinking about it for the next few weeks after that. Micah and I went home and did some more research on the name and found out it was a Hebrew name from the Old Testament, meaning righteous. The Biblical Zadok was a high priest in the Temple of Solomon. There's even a coronation anthem called Zadok the Priest written by George Frideric Handel, used for the British anointing of kings.
Needless to say, Micah and I fell in love with the name, and started calling our baby boy Zadok, even before he came out! The name still fits him perfectly!

Zadok's middle name Joshua Tree was inspired from the time we spent at Joshua Tree National Park. The Joshua Tree's are everywhere out there in the desert, even surrounding Micah's parents home in the high-deserts of California. Each tree is very unique and different from the next, with branches that grow and bend in all of directions! These trees refuse to fit a mold, and refuse to be the same. We love the powerful message these trees send about being unique and marching to the beat of your own drum. Furthermore, The name Joshua tree was given by a group of Mormon settlers who crossed the Mojave Desert in the mid-19th century. The tree's unique shape reminded them of a Biblical story in which Joshua reaches his hands up to the sky in prayer. Zadok smiles when we remind him of his middle name. He thinks it's clever and fun, and loves having a picture of a Joshua Tree in his room.
*p.s. we were originally going to just give him the middle name Joshua, then last minute Micah added the Tree on there, as were signing the papers in the hospital! 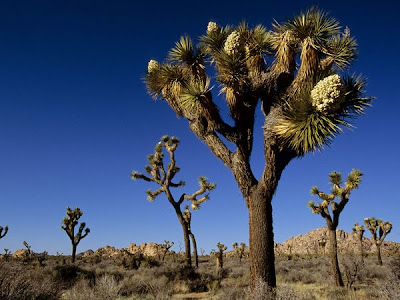 Odin Jacob
Odin was named before we even knew who the Norse Legend Odin really was. I was about 8 months pregnant when we sent out a mass email to family asking them for baby boy name suggestions. We had several girl names picked out, but couldn't think of a boy name we liked for the life of us! We got a few funny suggestions from my Dad (Doakz, Kazod, Oakzd, Zokad, all variations of the name Zadok..haha) And a few nice ones from my mom and brother that I can't remember at the moment..... But I remember the exact moment we opened the email from Micah's sister Kim. She sent us a list of names that she loved and right smack dab in the middle was the name Odin. It was love at first sight! Micah and I immediately looked up more about the name to find that Odin is a major God in Norse Mythology, a powerful and wise King... and father to Thor. We not only liked the sound of the name, but also that Odin is such a profoundly cool, magical, prophetic and diversified kinda guy! We love the name Odin and will forever be grateful to Auntie Kim for that inspiration! When our baby boy came out, I instantly held him in my arms and proclaimed, "Here's my baby Odin!" The name was meant for him! 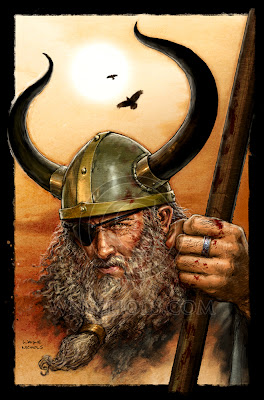 The middle name Jacob holds strong, personal significance to me during this pregnancy with Odin. I was preparing for my first home birth, something that was entirely new territory for me, and something I was admittedly feeling very nervous about at first. Although this home birth felt right to me in every way, and was an event in my life that held huge spiritual growth for me,  preparing for the birth required a new level of trust and  faith in the Lord. One way in which I drew strength was reading my scriptures, particularly the Book of Mormon. In the beginning of the book there is a story of a mother named Sariah who is forced to leave her home in Jerusalem, to escape the destruction of the city. For many years she travels with her family in the wilderness, undergoing all sorts of trials and hardships associated with primitive survival. She had to leave the comforts of her life behind her,  travel into unknown territory, and give birth to two sons in the wilderness. She was often doubtful, worried, and scared, yet she always, always kept persevering onward, having faith that the Lord would take care of her and her family.
The scriptures that inspired me during this time are from 2 Nephi chapter 2 versus 1-3, where Jacob's father Lehi is addressing him:
"And now, Jacob, I speak unto you: Thou art my  firstborn in the days of my tribulation in the wilderness. And behold, in thy childhood thou hast suffered afflictions and much sorrow, because of the rudeness of thy brethren.Nevertheless, Jacob, my firstborn in the wilderness, thou knowest the greatness of God; and he shall consecrate thine afflictions for thy gain.Wherefore, thy soul shall be blessed, and thou shalt dwell safely with thy brother, Nephi; and thy days shall be  spent in the service of thy God. Wherefore, I know that thou art redeemed, because of the righteousness of thy Redeemer; for thou hast beheld that in the  fulness of time he cometh to bring salvation unto men."


I was feeling at the time that my upcoming home birth was my sojourn into the wilderness; into unknown territory full of doubt and worry and often, fear. I had to fully trust the Lord to consecrate my afflictions, and bring peace to my soul, even through my tough pregnancy. Odin Jacob was my firstborn in the wilderness, and his middle name Jacob will always remind me of the tremendous faith I attained at this time in my life!
Jonah Ka'ena
When Jonah was born at home, 2 1/2 years after Odin, we didn't have a boy name picked out at all! I was so stubbornly  stuck on having a baby girl, that I didn't think twice about boy names, and apparently, neither did Micah. For 3 days after he came out we called him baby, while pouring over boy names online, in the Hawaiian/English dictionary, and in our scriptures and  personal books. We were getting so frustrated, not feeling like anything matched our new and precious baby boy! At one point I suggested Bradley, named after the Bradley method of Natural Childbirth classes we took with our first baby. Micah said, "No way." He was right. Our son was not a Bradley. Micah suggested Isaiah, which I liked good enough, but he just didn't look like an Isaiah. By the evening of the third day I was feeling sick about it, and realized that (duh!), we should ask God in prayer, if he could help us name our baby boy. I remember kneeling by my bed while Micah was out helping the older boys with something, and asking God to help us find a name that would suit our beautiful baby boy. Immediately upon saying "Amen" the name Jonah popped into my mind. I knew this was it! I ran to Micah and said, "How about Jonah?" His reply was,"Yep! I like it!" It was a wonderful and humbling reminder that God cares and has a hand in our lives, even when we try to think we're okay on our own. We immediately started calling him Jonah, and it fit him perfectly! Jonah is also a prophet in the Old Testament, who's name means dove, which is the symbol of peace.
I chose the middle name Ka'ena for Jonah because of my connection to Hawaii and especially the North Shore of Oahu. I wanted to give him a Hawaiian middle name that had some sort of significance to me, personally. (Micah doesn't care about middle names so he left them up to me) So, growing up surfing on the North Shore, Ka'ena Point was always in view, as the westernmost point on Oahu. Every time I was out surfing in the sea, or even sitting on the beautiful beaches, Ka'ena point was always there; a beautiful, symbolic, landmark jutting out into the ocean. Ka'ena Point feels like home to me, and something I sorely missed while living so far away from it. The Hawaiian word itself, Ka'ena, means praised. Jonah Ka'ena and Ka'ena Point is praised by all of us!

I'm really glad I wrote this all down! These stories keep popping into my head, of things that are important to me, yet they aren't recorded anywhere. Someday I'm going to be an old lady that can't remember anything, and I'll be so grateful I kept records!
Posted by Sally Jackson at 11:22 AM

unknown being your mother. :)

Thanks for the comment(s)! xoxox

love it love it love it! Names are VERY important in our family as well. Each name was ponder and prayed about the whole pregnancy. We are now thinking about creating children books for our kids so they can learn about their names often because of the spiritual inclinations they portray. Your boys are so blessed to have parents like you and Micah who care so deeply about them:)very sweet stories

I think it's neat to ponder and pray about the names. I always felt like our first two names were inspired, even though we didn';t pray about them specifically. I could always tell that you gave great thought into your babies names.Love the book idea. :)