I've found that I make sense of the world best by comparing it to my own life experiences.
As I've been thinking a lot about the immigration issues facing this country, I wanted to vocalize some thoughts and experiences I've had, yet I won't pretend to know anything about politics. Afterall, my political education comes from watching the Steven Colbert Report on hulu late at night with my husband while we eat ice-cream and laugh our heads off.  I will, however, admit to knowing a few things about the heart. In my heart of hearts and from the deepest, most sincere crevices of my soul, these are the things that I know:

My PERSPECTIVE:
I was born in California, yet I don't consider myself from there. My parents both grew up in Long Beach  and I spent some childhood years living in Huntington Beach, but the vast majority of my lifetime and memories are from Hawaii. My Dad served an LDS Christian mission in the Hawaiian Islands in 1968, then moved our family there in 1982  when I was 5 years old. I was raised in Hawaii, but I am not a Native Hawaiian. All my growing up years (except for that one year my parents moved us back to CA when I was in 5th grade then moved us back to HI in 6th grade) were spent on the island of Oahu, yet rather than nurturing my deep cultural roots and heritage, I left when I was 23 searching for something more. And now as I am raising my family in Utah It is obvious and clear that I am not, and never will be, a Utahan. I don't have a strong connection to Pioneer History, or Utah farming culture, or even mainstream Mormon culture. I am LDS, yes, but not a Utah Mormon built of Pioneer ancestry.
With all this said, for some reason I often struggle with feeling a strong sense of loyalty and belonging in these United States, yet I am a born American. I can't deny that however awkward and displaced I have felt at times that wherever I move within these 50 States, I will always belong here. This is a privilege and a right I am grateful for because I love this beautiful country, even though I have struggled to find my identity at times.
I think my struggle came from growing up in vastly different cultures and then trying to find a place that "matches" me. With growth and maturity and a lot of moving around (I think) I've discovered that I can  live anywhere and carve my own niche. I mean, I never though in a million years I'd call Utah my permanent home, but there are parts of Utah here that match me, that call to me, that tell me I am home. Despite the different culture, I feel inspired here, I feel peace here, and I feel freedom, unity, and prosperity in my surroundings. This is the America that I love. 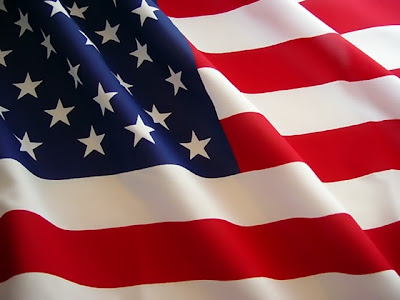 DISPLACED:
With that said, It deeply saddens me to think of the people among us who have come to America seeking refuge and peace, yet still they feel displaced and alienated in this American ideal of freedom, unity, and prosperity.  The one group of people in particular that has been weighing heavy on my heart are the Micronesian people from the Marshall Islands who have immigrated to Hawaii.
When we first moved to the Big Island of Hawaii 2 years ago I noticed right away a culture of people I didn't recognize. Having grown up on Oahu I was used to living among the immigrant cultures settled there-- the Filipinos, the Chinese, and the many Polynesian islanders that either came over for work or education over the past 200 years. However, this group of foreigners was very new to me.
Our first encounter with the Marshallese was on a camping trip to the other side of the island. After the sun went down we would bring our little family into this big pavilion overlooking the ocean to cook dinner, relax in the quiet peace of the night,  and let our kids run in circles until they got tired. One night as we were setting up for our dinner, several men walked in to set up a large electronic keyboard and drum-set. I remember my husband and I were laughing at the incongruity of it all! Imagine a dance party while overlooking the ocean on a quiet, starry night like tonight! However, after several minutes the pavilion started to fill up with families. One family after another piled in, smiling and laughing, while wearing colorful, patched skirts, and chattering away in an unfamiliar language. Even though I didn't know who these people were, I could sense immediately a group of people built of tight bonds, unity, and strong family values.  Pretty soon the pavilion was filled with melodic electronic keyboard music, rhythmic chanting,  and line-dancing. I had never seen anything like it! Watching those families that evening celebrate their families and their culture was one of the sweetest experiences I had while living on the Big Island.

Over the following several months I would run into bands of these Marshallese women out running errands during the day. They were always wearing long, flowery skirts with T-shirts and flip-flops, while toting around gaggles of children in mini-vans. They seemed friendly and smiley, but also reserved and keeping to themselves. However, this image was vastly different in the public schools. My husband was working at a junior high school at the time and reported weekly outbreaks of fighting between Marshallese and local cultures. The fighting had escalated so badly throughout the island that Micronesian specialists were contacted in trying to help teachers and students alike understand the cultural clashes that were happening within the schools.

My personal understanding was broadened when I ran across an article explaining an independent documentary filmed on the Big Island. It was about the Marshallese immigrants there and is called The Land of Eb. I admit that my first arrogant conclusion (before I read the article) was that these families must've chosen to come here for a better life. Afterall, most non-Westerners think America is the shiz, and come here to pursue the American Dream, right? Afterall,  I've seen the Marshallese maids scrubbing toilets at our hotel and so figured this was just the start to something better down the line. But upon discovering the truth, I choked on my own thoughts. In fact, I felt downright sick to my stomach that these people had very little choice in coming here at all, and furthermore, they are next in line to take on America's unwanted dirty work.

The TRUTH:
The story of these particular immigrants began in 1948 when the American military moved them from their island home on Enewitok, and placed them on a small island called Ujelang. They were left without food or water, or homes. Many of them starved to death. Their former home of Enewitok then became the world's largest nuclear testing grounds. The American Military carried out forty-three nuclear tests on Enewitok between 1948 and 1958. Then they spent years scraping off the irradiated topsoil and nuclear debris, finally encasing it into a massive, concrete dome still located on the island.  In 1980 the island was cleared for residents to return to live on it. However, the island was abandoned, desolate, and still carrying traces of radioactivity. Many residents returned to their former island home, however, life would never be the same for them. Everything they had had was destroyed or left for dead.. I'm sure you've heard of the similar devastation that happened on the Bikini Atoll, which also displaced thousands of Marshallese.
Soon enough a political agreement formed between America and the Marshall Islands, giving  all Marshallese citizens the right to immigrate to the United States.
Many of them scattered throughout the mainland U.S., congregating in small cities across the nation, however, a large majority of them came to Hawaii.
And now, as the newest immigrants to Hawaii they are dealing with discrimination in the schools, harsh living conditions, poverty and low-wage jobs, and a struggle to retain their cultural values in a new country. 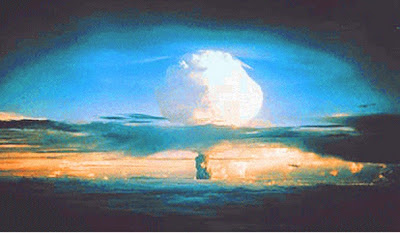 EVERYONE HAS A STORY:
It's good to remind myself that everyone has a story. I didn't know who these people were or why they came to settle in Hawaii, and now that I do, I have more respect, empathy, and understanding for their livelihood. Information is empowering! In my husbands previous school they are trying to understand how they can be better friends and teachers to the Marshallese immigrants there. They are trying to help prevent the fighting and cultural clashes happening on the island by better understanding their culture. Some interesting facts Micah shared with me are:

There is also no such thing as dating or marriage in many Micronesian cultures.    They have no legal ceremony or paperwork or name changes, which is why so many are considered single parents, and welfare rates are increasing in Hawaii.

In many households, once the students leave for school, the eldest child becomes the 'parent' and the parents are considered "off the clock" when the students are off at school or out in public without them.  This  attributes to how close knit and loyal the group seems in public.  They are taught from early on that they are to look out for one another. For many Chuukese, Pohnpai, and Marshallese students, they are not allowed to perform in anything other than their cultural dances.  Sports are considered a performance.  Sometimes students act out to save face because it is against their culture to be in the spotlight."

I feel strongly that America needs to become more of a country based on tolerance and acceptance for all races, peoples, and cultures. True there has been too much unfairness and bloodshed in the past, and cultural differences will often come between us, but I see a lot of unnecessary judgement towards recent immigrants and it really saddens me. More often than not we don't know everyones story, we are too quick to judge, and most of the opinions we hear are based on pure ignorance or refusal to find out the truth. Like I said, I don't know much about politics, but I know my heart. And my heart tells me that we are all God's children, and we all deserve a chance to be accepted and to have a place we can call home.  My personal feelings of displacement will never compare to someone who is painfully trying to find their new home in a country full of judgement and abuse. I hope I can always look at others with compassion and understanding, and never misjudge anyone wrongfully.

WELCOME!:
This great country was founded upon the hard work and determination of immigrants and I believe that our diversity can be one of our strongest attributes if we can learn to work alongside and accept people gracefully.


So welcome to America, immigrants!  My ancestors were immigrants, too.
Posted by Sally Jackson at 9:53 PM

Email ThisBlogThis!Share to TwitterShare to FacebookShare to Pinterest
Labels: Just my thoughts

Thank you Sal for this insight and information!!!