We used to call the other side of the island "town”. Everyone who lived out in the country did. Traveling over to town was a big deal for most families, as it was clear on the other side of the island, and such a bustling change from the quiet and solitude of the country. When my siblings and I were little kids in the 1980's my mom would herd us all onto the The Bus, our local circle-island transit system, where we'd sit for a winding, bumpy, 45 minutes, until we reached town Kaneohe mall on the east side of the island. This was the closest city from where we lived in the small village of Laie.

While riding The Bus I liked to sit by the window, so I could see the ocean scenery on the way there. The waves were always choppy on the eastern shore, with onshore winds blowing hard upon the sands. I could see the ocean colors change from light green, to turquoise, to deep dark blue as I followed the changing shades further and further towards the horizon. There were always fishermen lining the shores, listening for their lines to ring, waiting patiently for a big catch.
The Ko'olau Mountains towered overhead on the right. I always marveled at how lush and green they were, and how they never stopped glimmering, even under the dark, looming, rain clouds. I would practice saying the names of the towns as we passed each one of them by, starting with Laie, then Hauula, then Punalu'u, and then Ka'a'awa, with all it's seemingly thousands of a's.  Then finally we'd pass by Chinaman's Hat at Kualoa Park, then Kaneohe Bay, until we reached the small city of Kaneohe itself.
My mom would get us off at the mall where we’d walk around for hours, mostly window shopping. The fast-moving escalators fascinated me, along with the pet store with aisles of brightly colored fish and parakeets. I always made a point to stop into the Sears department store for a catalog to take home with me. One year there was this white, faux fur coat which I desperately wanted. I could picture myself strutting down the streets of Laie wrapped in my snow-white fur, perhaps to the envy of all the kids at Laie Elementary School. I circled it in big, bold, black marker so my mother would see it and buy it for me for Christmas. (She never did, thank goodness, and I can see now why that would have been a bad choice.)
Before we left Kaneohe mall, my mom would buy us each a plate lunch at Patti's Chinese Kitchen. We'd pile our plates high with Chow Mein noodles, cabbage egg rolls, and sweet rice cakes for dessert.
Minutes later, feeling stuffed and fulfilled, we'd get back onto The Bus to our next destination. Sometimes we'd get off at the Goodwill Thrift Store for a new pair of shoes or jams (local lingo for shorts), or sometimes we'd get off at Chinaman's Hat where we’d play on the seashore and dip our toes into the ocean. No matter what we did, it was always an exciting adventure to travel into town.
It wasn’t until years later that I was introduced to another type of town called Waikiki, on the south shore. Waikiki is still the second biggest city on Oahu, today, with Honolulu being the first. But where Honolulu is the government and business center of the island, Waikiki is the bustling center of tourist attractions for people visiting from all over the world. Most people that have been a tourist in Hawaii have stayed in Waikiki at some point on their vacation.
Waikiki is packed full of hotels, resorts, swimming pools, shopping centers, shuttle buses, and sun-burnt tourists. Restaurants and bars line the beaches. The sand is covered with rented beach umbrellas. Tourists lounge in beach chairs by the hundreds.  People gather from all corners of the planet to float carelessly on beach rafts under the Waikiki sunshine or surf the gentle waves.
Our family rarely went there when I was a little girl.
By the early 1990's we had moved to a small house near Pupukea Foodland across from Three Tables beach on the North Shore.  As a 12-year-old girl, I could walk over to Three Tables almost any time of day and have the beach to myself.
I remember many carefree summer days spent running up and down the sand with my brothers and sister, and my Pomeranian puppy, Pog. We’d collect  seashells, swim with sea turtles, and watch the most glorious sunsets together. I felt much more comfortable on this side of the island, away from the crowds of the city.

In the summer of 1992, however, this would all change for me. It was this year that some good friends from California invited me to stay with them in their hotel suite while they visited Waikiki.  I had hardly spent any time in Waikiki at all, and now I would be staying in a hotel, right in the center of the city. I was intrigued to experience a different side of Hawaii, and experience it, I did! Because every summer for the next 8 years this wonderful family invited me to come stay with them in their hotel!
They had never-ending lists of fun things to do, and invited me to join along with them.  We often spent the evenings people watching on the busy Kalakaua strip. It was easy to point out the prostitutes, as we  watched them pick up on rich Japanese men in designer suits. It was so much fun hanging out with my friend Ashley, as we made up silly things to do like butt walk down the boulevard, or laugh at tiny women in giant platform shoes.
Many hot, summer days were spent sun-tanning on the beach, or surfing on long boards rented from the local Beach Boys. Sometimes we’d pay for a ride in a canoe, or sail on catamarans in the bouncing surf.  When the waves got really big we’d bodysurf the shore break and then spend the rest of the day picking tiny specks of sand out of our hair. 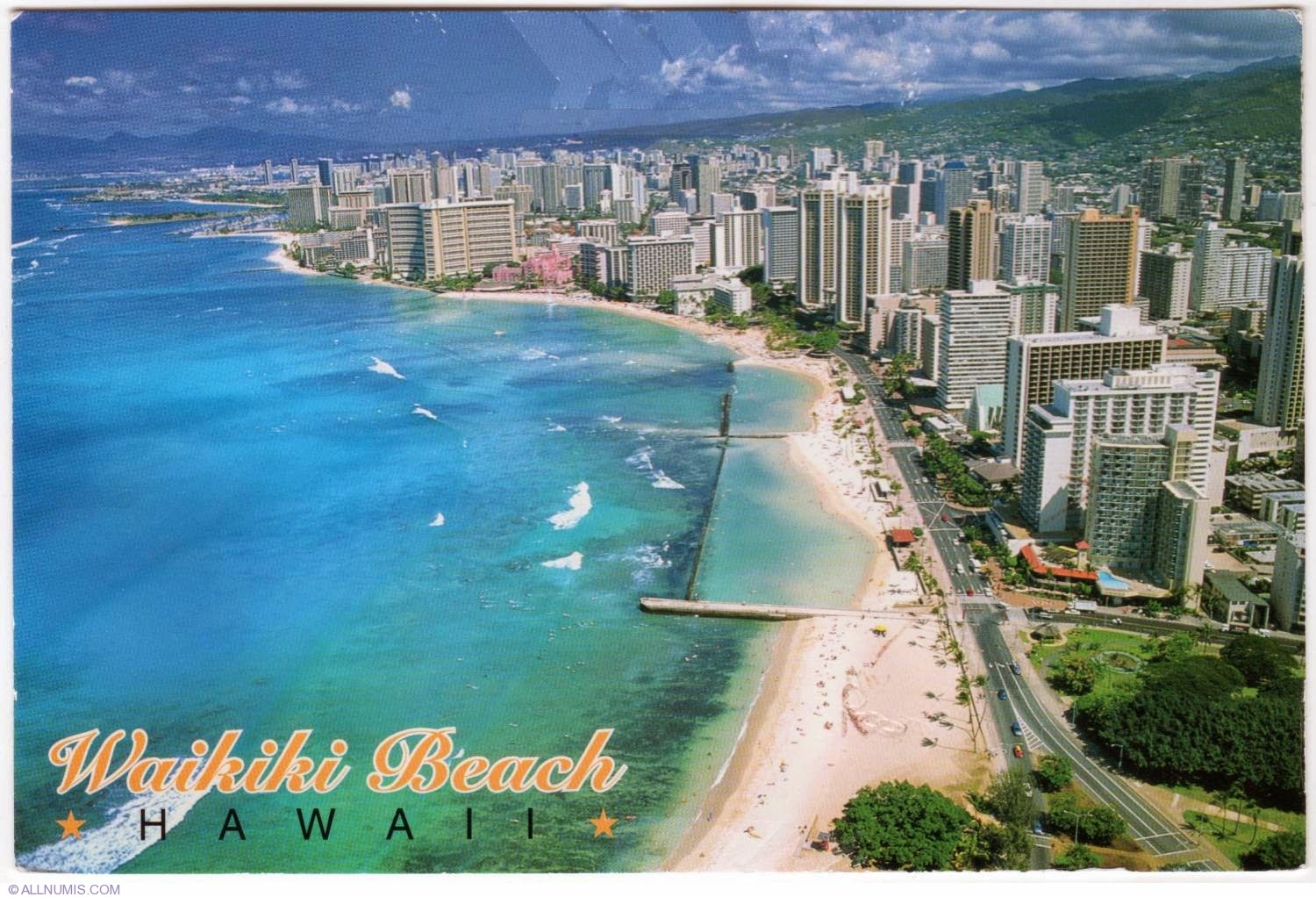 When we grew tired of the ocean we’d go shopping at the International Market Place, or grab some french fries and Mud Pie at Duke’s. On the weekends we'd sit and watch live bands play and laugh at all the drunk and sun burnt tourists, dancing in hazy circles on the beach.
There was also a pool at the Outrigger Hotel on the beach, where we would go to escape the salt water for a cool, chlorinated, dip. There was a large, glass window underneath the pool’s surface that peeked into a workout room where people jogged on treadmills. I thought it was the coolest thing ever to look in the under-water-window with blurry eyes, and watch people run.

Those sunny, happy, lackadaisical  Summers in Waikiki are something I have looked back on, cherished, and smiled at over and over again. I feel so blessed to have had those experiences in my life, along with these amazing friends that are still my friends to this day. I also have fond and wonderful memories of hanging out with my Dad when he moved to town in my teenage years.

I loved growing up North Shore, yet I also look back with warm nostalgia, of my happy memories of "town."
Posted by Sally Jackson at 1:19 PM