August 1-Micah and Zadok headed out to hike Kings Peak, the tallest mountain peak in Utah. They planned to be gone for 5-6 days.

August 3- Grammie Barb Stokes flew in from Seattle for a visit.  We picked her up from the St.George shuttle at 7pm where she had come from Las Vegas airport. The boys hadn't seen her in over a year! before we picked her up we went to the St. George Children's museum.
When we got home from St. george Micah and Zadok were already back from their trip. They didn't feel good about making the trek up to the top with Micah's hurt shoulder and some fires nearby,  so they camped a little then came home.

August 4- Malachi fell down and hit his head really hard. Nobody saw it happen, but we knew something was wrong when he kept throwing up and acting strangely out of character. Micah took him to the ER while I ran Cub Scout Pack Meeting. Grammie Barb helped with the pack meeting activity of putting jokes together, and also helped with the boys. We had a fun Pack Meeting playing games and also a glow-in-the-dark-glow-stick dance party. Malachi turned out okay. No major head trauma or brain damage, thank goodness.

August 6- I ran the Parowan Half Marathon. I'm still waiting for them to put the results online. I think I ran it in about 2 1/2 hours. There was a lot of downhill and I ended up having a really sore foot the next few days after the race. I went to instacare and had some x-rays done to see if it was broken bones, but it was just tendinitis. I got some crutches at the thrift store and stayed off it for a couple days. I'm fine now, but no more downhill races--too hard on the body. Overall, the race was fun. My favorite part was looking at all the beautiful scenery while listening to my ipod for 2 1/2 hours straight!

August 8- Back to school night for Zadok. We got to meet his teacher and see his classroom. Exciting!

August 9-Grammie Barb left. We took her to St. George to catch her shuttle back to vegas to catch her plane back to Seattle. It was a fun week full of activities! We: went to see Mary Poppins at the Shakespear theatre, went to the lake on the hill, drove up to Yankee Meadows,  went to my half marathon, ate at Applebees (not really our kind of restaurant but we had a gift card), walked the Bristlecone Pine Trail, and had lots of fun down-time to play at the house.

August 12- Birthday party at the Chavez home. Baby turned 1 with a Monster Truck themed party. I sewed him a Monster Truck pillowcase with a new pillow inside, and threw in a couple monster truck toys. The food was fantastic and we had a lot of fun visiting. I really like the Chavez family--some of my new favorite peoples around here.

August 15- End of summer water-party at our backyard with friends.

August 17- Took Malachi to the dentist. He has 3 decayed teeth that need capped. Boo!
Odin's first soccer practice for the season at the Wilson's house.
Back to school night for O and J.

August 18-Grandma Sandy came up to visit!
Took dinner to a family in the ward that had a baby.

August 19-Started my period after 26 months of no period. Sorry if that's Too much information but it was on my calendar so I had to include it. That's the longest break I've ever had while breastfeeding and it was reeeeeealllllly nice, by the way.

August 20-Odin's first soccer game. The "Polar Bears."
Sandy watched the boys so we could go out on a date that evening . First we ate Thai food then we attended the wedding reception for our friend's son and new bride. I was asked to make Cherry cheesecake Cakes, which I'd never made before. I thought they turned out pretty delicious but you can't really go wrong with a cream cheese, powdered sugar and whipped cream combo. By the way the Green Papaya Salad at the Thai restuarant was awful. Note to self: do not order that again.

August 21- Grandma Sandy left back to California with Aaron and the gang who had dropped her off and then picked her back up on their way back from Northern Utah. We had a fun week hanging out and talking, went to the Green Show, watched Odin's soccer game, ate some Mexiacan food, went to church, went to the river, and got Jonah hooked on online puzzles.

August 22- Zadok's first soccer practice. His coach seems pretty good and willing to teach them technique and new skills. Z is so excited for soccer season to begin!

August 23-Heritage Park group book club meeting at the Jackson's house. We discussed the Book "Stargirl" by Jerry Spinelli. I made gingerbread stars with cream cheese frosting for refreshments. Great book! I loved the powerful message of non-conformity and being true to your uniquness.

August 24- Malachi's first day of Pre-school, which is more like 3 days a week at our friend's house doing awesome stuff while I work on college. When I said goodbye to him he said "Bye mom!" and happily ran to  look at the caterpillars. I never could've done that with my other three shy, anxious, and attached boys. See? The timing is right to go back to school.

And now here's some pictures not exactly  in order of events:

Micah and Z heading out on their camping trip: 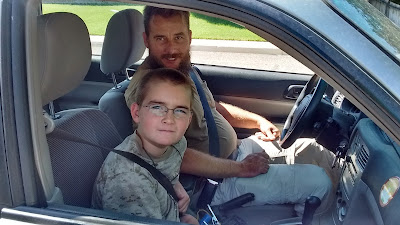 Hiking along the Bristlecome Pine Trail: 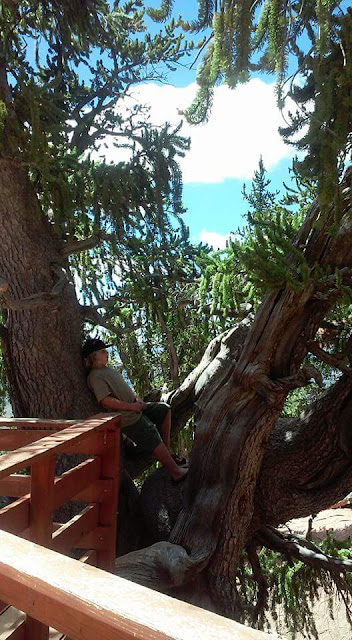 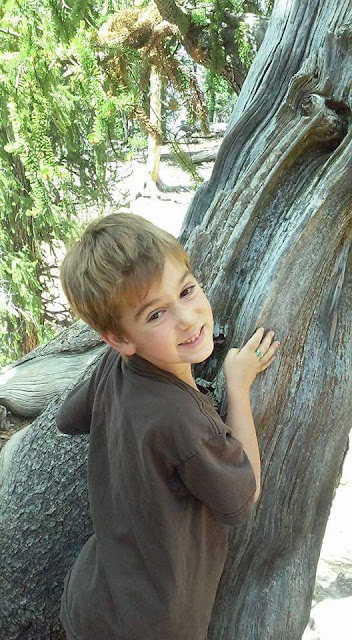 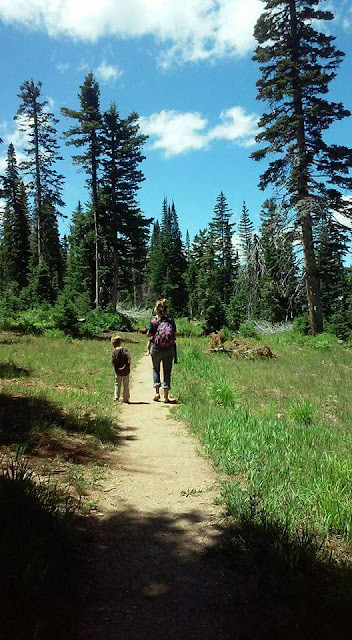 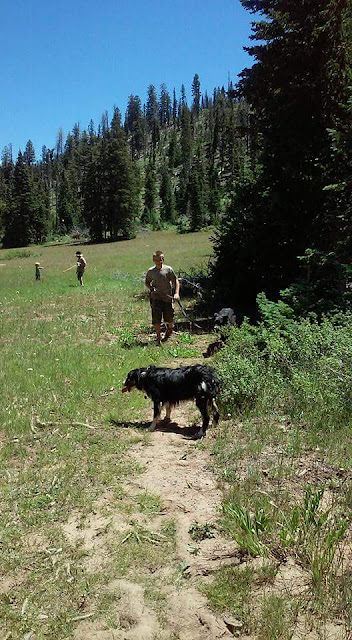 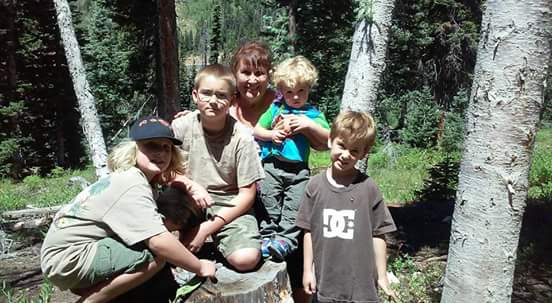 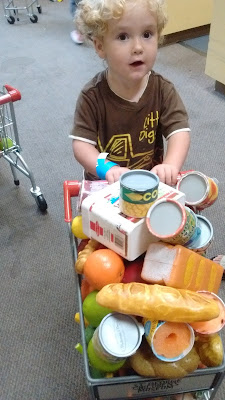 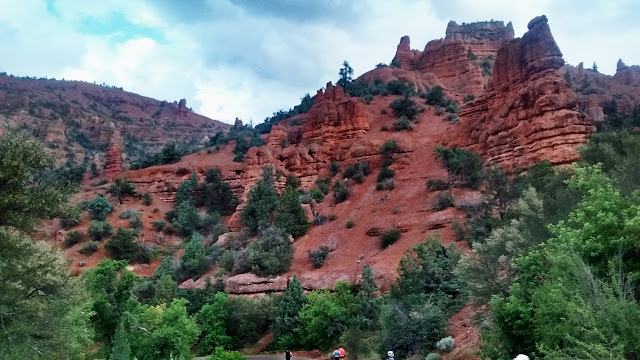 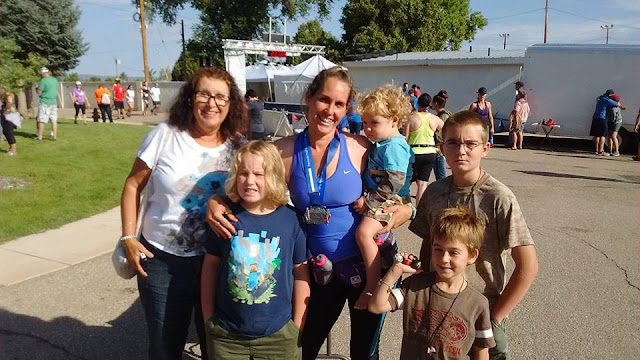 Lake on the Hill: 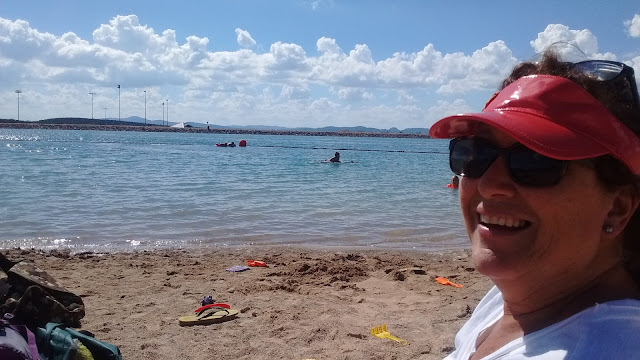 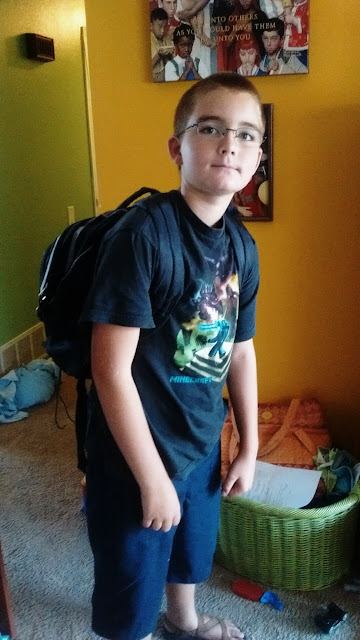 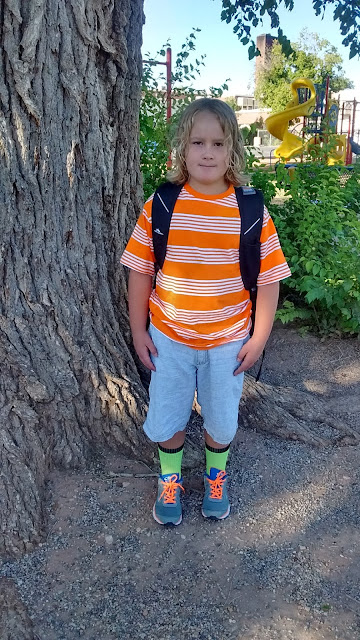 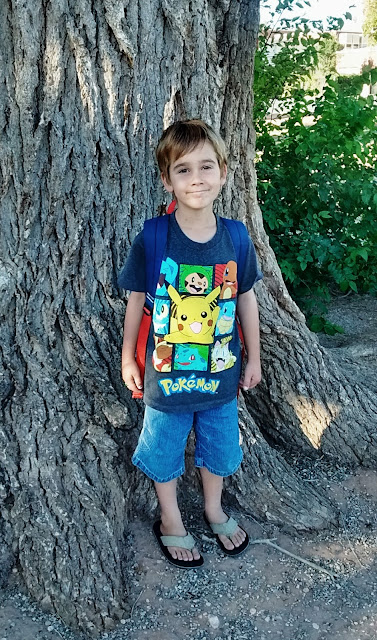 Not really Malachi's first day of school but he needed a photo by the tree: 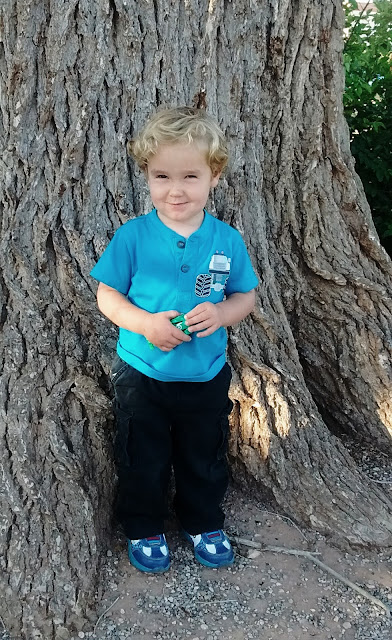 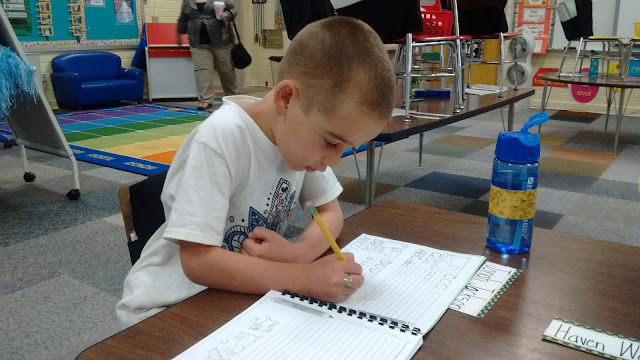 Mom and Sally at Mary Poppins. It was practically perfect in every way! 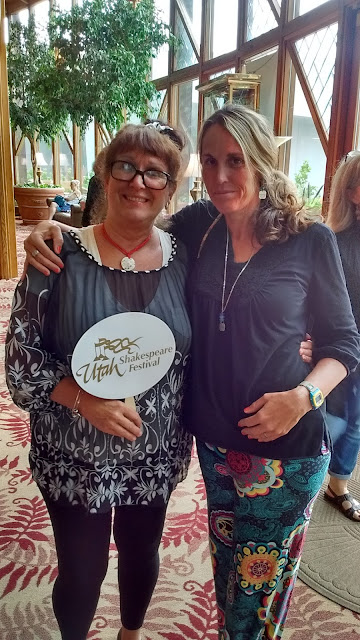 Odin and his Lake weed from Yankee Meadows. He still has some of it in his bedroom: 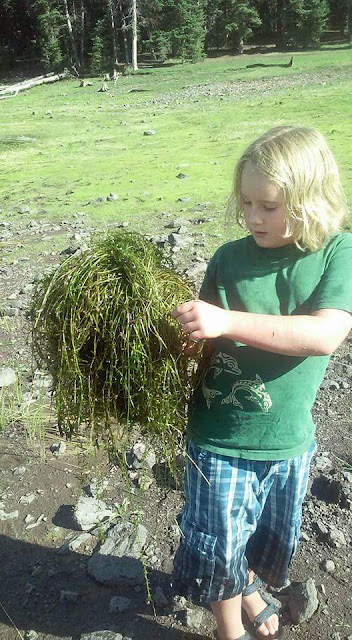 Z and one of our dogs Brownie who needs daily hugs and affection: 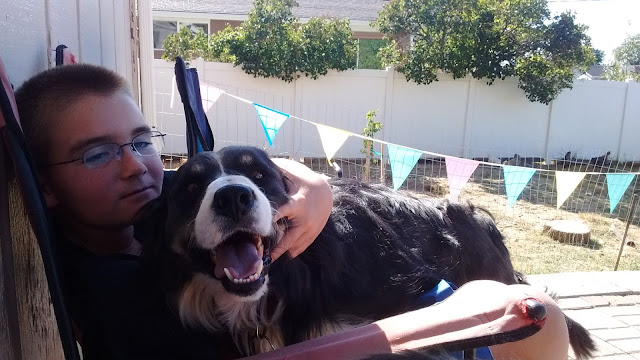 Posted by Sally Jackson at 5:03 PM