Trying Vegemite for the first time

My Dad sent us a tube of Vegemite from his recent trip to Australia. He was really excited for us to try it. Here's me holding it up for a photo with little J: 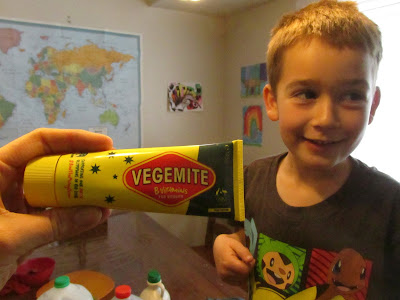 My Dad insisted that if we're ever going to be vacationing in Australia or even considering living there someday, we'd have to be brave enough to try Vegemite.
(Ya don't know what Vegemite is? Check out the Wikipedia description and history to discover more about this sticky, black paste that is so popular down under.)

I decided to spread the Vegemite on a large piece of homemade bread which had been toasted and then spread with butter. This was the suggested way to sample our Vegemite, per my Dad. I then cut it into four squares, fully expecting my family to sample it along with me. 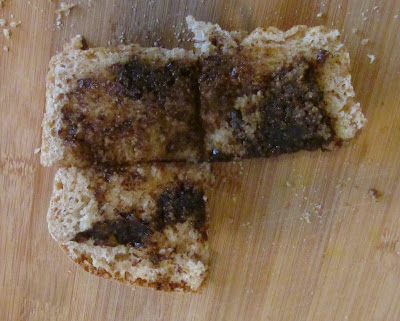 Without saying many words, I think I will just post the photo my son took as I tried Vegemite spread for the very first time ( I had just gotten out of the shower hence the towel on my head): 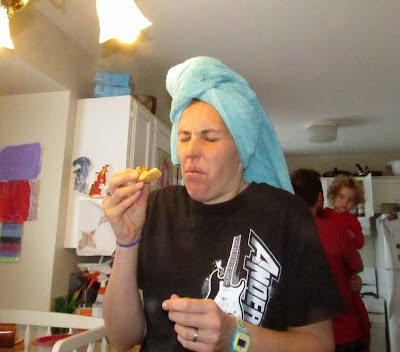 Basically, I think this Vegemite should go back to the brewery dump station it originated from, taking it's bitter, malty, salty, nastiness along with it! Blech!!

Needless to say, my children refused to try it (my husband sampled some in Australia many years ago and tried to warn me....) and I ended up throwing away the other pieces of bread.
I almost threw up, too. In fact every time I thought about Vegemite the rest of the day I felt a slight surge of vomit rise in my lungs.

Sorry, Australia, but have you ever heard of peanut butter?

Haha! My husband grew up in England and loves Marmite! Super convenient that it comes in a tube though. Never seen it like that before. ;) I'm not a fan and I'm going to just go ahead and guess that Marmite and Vegemite taste the same!

I tried marmite and didn't like it too. As they say you either hate it or love it :-D